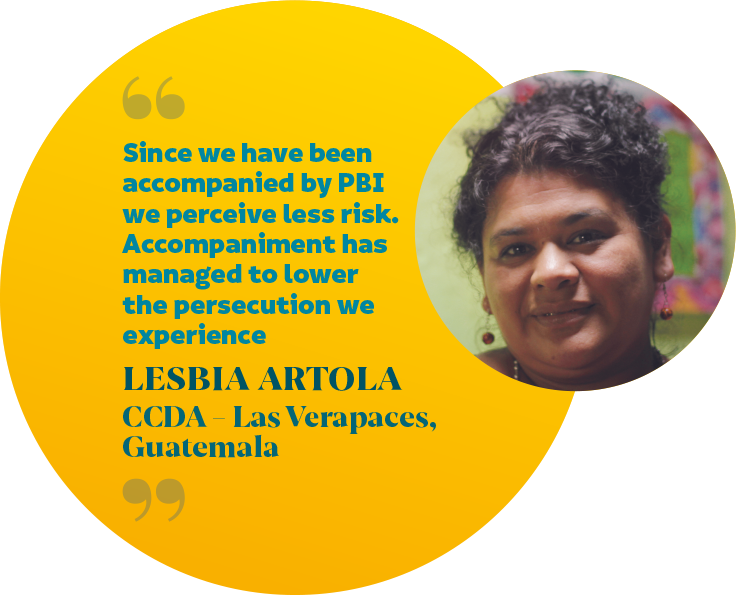 Nonpartisanship is a widely misunderstood issue facing all humanitarian organizations working in conflict situations. Larry Minear and Thomas Weiss of the Humanitarianism and War Project have attempted to codify the concept in their "Providence Principles" for humanitarian action: "Humanitarian action responds to human suffering because people are in need, not to advance political, sectarian, or other extraneous agendas. It should not take sides in conflicts."

They go on to argue that humanitarian action must serve victims rather than causes and should not embrace political parties or religious or cultural ideologies. "When multiple objectives exist, humanitarian considerations are frequently crowded out."'

Nonpartisan service responds to demonstrable objective and external criteria rather than to alignments in the conflict. Categories such as the poor, the suffering, and those in need are criteria that cross boundaries of specific political conflicts. To be partial but nonpartisan, then, is to say, "We will be at your side in the face of injustice and suffering, but we will not take sides against those you define as enemies."

Criteria for being Nonpartisan

Many organizations serve a specifically defined population. The UNHCR, for instance, has an externally defined mandate to serve refugees. If all Sri Lankan refugees at a given moment are Tamil, the UNHCR's service is still nonpartisan, as long as it is available in the event of a Sinhala refugee situation. Quaker Peace and Service in Batticaloa established an objective criterion that it would not transport anyone carrying a gun. The criterion is nonpartisan, even if all armed individuals requesting transport happened to come from one group.

Peace Brigades International maintains a strict commitment to nonpartisanship, refraining from any advocacy role. Accompaniment is made available to groups and individuals from varying political factions, the only criteria being that the accompanied group be committed to unarmed struggle for human rights and justice.

What does being independent mean? 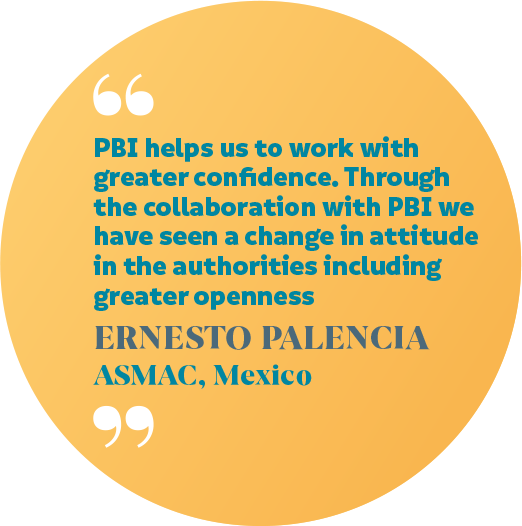 The concept of independence in international humanitarian work generally means avoiding being controlled by local actors, including local government authorities. Although accompaniment organizations might desire such independence, if they raise the ire of the host government, they can be expelled at any moment. To the extent that an organization must measure its actions against the threat of expulsion, its independence from government manipulation is circumscribed. Yet if it ignores such diplomatic concerns, expulsion is much more likely, resulting in an end to the protective service altogether.

International organizations must accept the reality that local actors may try to exert influence over them. Accompaniment organizations frequently encounter pressures to act outside their mandates; often the pressures come from the very people being accompanied.

Although such influence can never be completely avoided and is not necessarily damaging, organizations committed to independence try to control such manipulation. One method is for an organization to define strict limits on what it will or will not do and resist pressure from local activists to extend these limits.

Why is independence problematic?

Independence, as such, is not sought by all accompaniment groups. Many individual volunteers and smaller organizations attach themselves to a particular civilian organization as helpers and accompaniment, offering any type of assistance within their means and ceding decision making and independence to the local group.

The Marin County group's accompaniment was managed by the Salvadoran Human Rights Commission. The GAM and the CERJ in Guatemala each recruited its own multipurpose volunteers for short periods, specifically in response to PBI's unwillingness to provide other services beyond accompaniment. Sometimes the strategy of local control is the only available option: the Cry for Justice, for instance, would have ground to a halt without Haitian guidance and management.

Ceding accompaniment control to local activists can be defended firmly on the grounds of supporting the self-determination and empowerment of indigenous organizations and avoiding the risk that the foreigner, or the foreign organization, is being manipulative in setting conditions of service.

This principled choice has strategic costs. Independence and nonpartisanship tend to give an organization credibility in the eyes of both local governments and the international community. Dispensing with both concepts weakens the clout of the deterrence. Organizations that choose this option must build clout in other ways.

In practice, accompaniment projects managed by the local activists frequently suffer functional problems. The activists, overwhelmed with their own local struggles, have neither the inclination nor the time to fulfill all the administrative and decision-making needs of the volunteers. The volunteers, in turn, face a decision-making void that they have not been given the authority to fill. Their role is often vaguely defined, with multiple objectives, and they lack the guidance to know when they are doing something inappropriate until it is too late.

Although some volunteers adapt well to these conditions, frustration and confusion are frequent. If the accompanied organization or community is itself involved in internal power conflicts (a common occurrence), a nonindependent accompaniment status becomes almost untenable, since it is no longer clear who has legitimate authority.

What does Noninterference involve?

From a different perspective, an accompaniment organization's commitment to independence and nonpartisanship is consistent with respect for the activists' empowerment and self-determination, based on the related concept of noninterference. Volunteers are naturally curious and are usually inspired by and committed to the causes of those they accompany. Without a clear role definition, they often gradually get more involved in the internal workings of the accompanied group, sometimes reaching the point of giving strategic advice or helping with policy making.

This shift may not be actively opposed by the accompanied group-it may even be invited-but it may be resented later as inappropriate interference. Some accompaniment organizations believe that both organizational independence and a clearly defined and limited role (such as accompaniment) help avoid this tendency.

Similarly, some accompaniment groups studiously avoid any material aid relationship (providing funds, supplies, or technical expertise) with local groups to minimize the risk of long-term dependency. This stance minimizes the risk that activists may cultivate accompaniment not for protection but for the material advantage of the relationship. It also presents an unambiguous message to the host government, which cannot use the material relationship to discredit the objectivity of the accompaniment as witness.

Not telling people what to do

This skepticism about the decision-making role of foreigners in the third world is one of the things that draws many people to an accompaniment model based on nonpartisanship and noninterference. They are looking for a way to serve in the third world while avoiding the paternalistic trappings of missionary and development work, which often dominate such international relationships. The volunteers are proud of "not doing for them what they can do for themselves," and they frequently point out, "We don't tell anyone what to do."

Short of "telling someone what to do," there is still the grey area of giving advice. Advice from external NGOs may be heeded because it is good advice or because of unspoken, even unconscious, pressures. Based on other experiences with foreign NGOs, an activist may assume that the accompaniment service will be withheld if advice is not heeded, or that this outsider is an "expert" and should be listened to.

It is often difficult to assess the competence of "expertise" from a different cultural context. Thus the mere offering of advice might be a type of interference, even when it is explicitly requested. The paradox is that accompaniment deterrence, may be more effective when it is a joint strategy implemented in a coordinated fashion by both the activists and the accompaniment organization. Developing a joint strategy inevitably involves a give-and-take of mutual advice; thus a strict adherence to noninterference might limit the construction of an effective strategy.