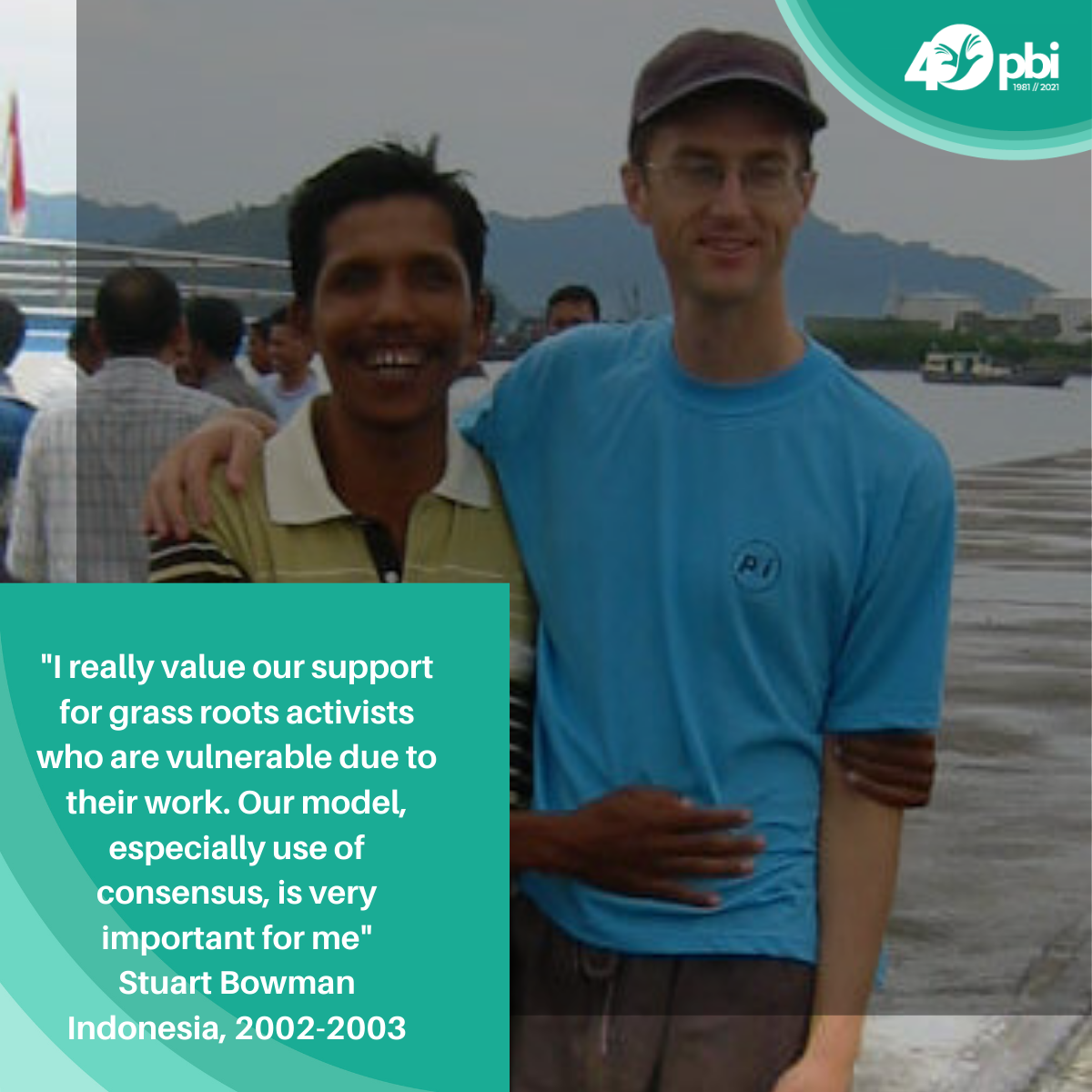 Consensus decision-making is a decision process that seeks the agreement of a majority of participants, and also tries to resolve or reduce the objections of the minority to achieve the most agreeable decision to all.

Every three years, proposals are debated in Country Groups, Project Teams and Committees and delegates are sent with the concerns of their members to a General Assembly.

PBI is unusual among organizations, in that we make policy decisions by consensus of all the members. Why do we do it this way, and how?

There are many ways to make decisions. Sometimes, having one person decide things for a group is a quick way of organizing when quick decisions are essential. In PBI, there is usually time for some discussion before a decision must be made. When choosing a way of making decisions, it is important to ask "is it a fair process?" and "is the resulting decision a good one?"

We think that it is better to involve everyone who is affected by a decision in the process for making that decision. The decision then reflects the will of the whole group, not just the leadership. The people who carry out the work own the decision: it is theirs. In the process of coming to consensus, many concerns are raised which the whole group works to resolve by modifying the proposal. Thus, a slower decision results, but with much more input and feedback from the group.

It is often said that consensus takes too much time and is too difficult to implement. Making complex decisions takes time, no matter how you do it. And sometimes, implementing a compromise position that actually pleases no-one is the most inefficient option of all.

Consensus is a process of nonviolent conflict resolution. Consensus works best when conflict is encouraged and supported. Conflict is desirable, it is not something to be denied or dismissed. Often, conflict can appear negative if groups supporting different proposals just look at the negative things about the other group's proposal, or about the group themselves. In an adversarial atmosphere, you own and defend your ideas, often in the face of improvements offered by others.

Consensus considers one proposal at a time. Everyone works together to make the best possible decision for the group. All concerns are raised and addressed, until all voices are heard. Since proposals aren't the property of the presenter, a solution can be made cooperatively.

Reaching consensus on a proposal does not mean that everyone is in agreement. It only means that all important concerns that have been raised have been addressed, and unresolved concerns are at a low enough level that everyone feels that the goals of the group are being furthered by the proposal.

How is it done?

The process by which consensus is reached is interesting and quite complex. Briefly, a proposal is introduced, usually having been seen by all participants well beforehand, and questions aimed at clarifying the proposal are asked and answered.

Then there is general discussion. If there seems to be general approval, the facilitator can ask for a call for consensus by asking "Are there any concerns remaining?" After a period of silence, the facilitator declares that consensus has been reached.

What often happens is that there are a number of important concerns that need to be addressed. With a large group like the General Assembly, this is best done in smaller groups where there is more time for discussion and possible rewordings of the proposal. The small groups each appointed a representative to meet with other group representatives to work out a proposal which tries to resolve all the major concerns that have been raised. Then the revised proposals are discussed by the small groups again. This cycle was done several times with contentious proposals.

Thanks to CT Butler for material from "On Conflict and Consensus". For more information on the consensus process, please visit click here and here