Peace Brigades International (PBI) was founded in 1981 to undertake the task of peace-keeping, peace-making and peace-building under the discipline of nonviolence.  It draws inspiration from Mahatma Gandhi's philosophy and experience in the field of nonviolent social change, strengthened by similar movements throughout the world.  As a third-party force it applies methods of nonviolent intervention in situations of conflict to establish peace and justice. 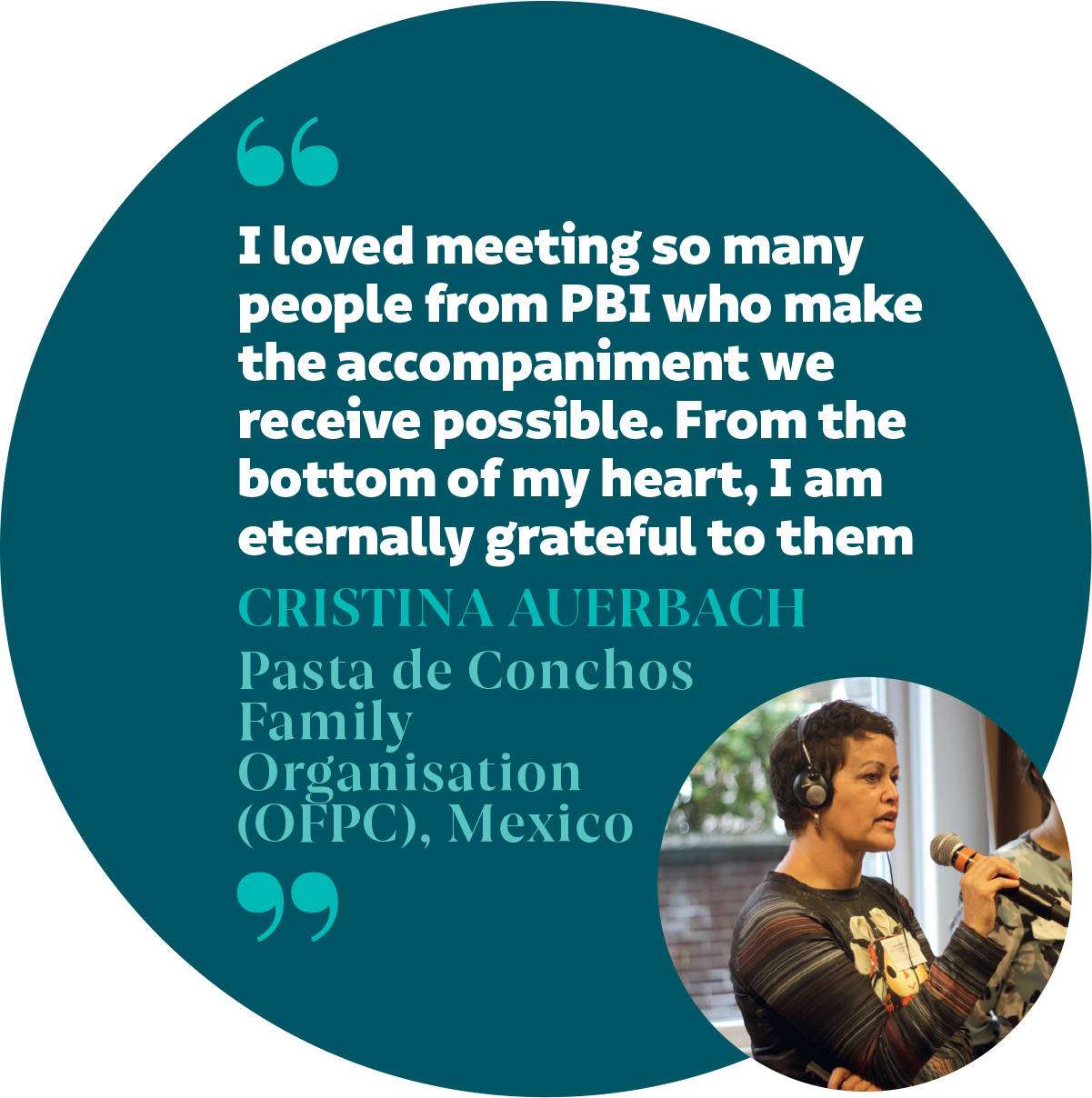 PBI is committed to giving the highest consideration to human life and its defence.  It respects everyone's basic human rights, democratic values and freedoms.

PBI is convinced that enduring peace and lasting solutions of conflicts between and within nations cannot be achieved by violent means and therefore it rejects violence of any kind and from any source.  PBI aims to support the processes of building a peaceful society by encouraging cooperation between groups working in democratic ways and striving to find political solutions to conflicts by nonviolent means.

PBI believes the philosophy and politics of nonviolence are dynamic and develop historically by those who resist different forms and structures of violence, such as gender and other identity based discriminations, and socio-economic exploitation. Therefore, PBI, with its experience and international presence, endeavours to overcome injustice and violence in order to build a humane society.

PBI is a global organisation.  It represents the concerns of the international community in relation to conflicts and crises which affect all, and to peace which benefits everyone.

PBI welcomes the services of people from all the cultures, languages, religions, beliefs and geographical regions to cooperate with and serve in the local, national, regional and transnational Peace Brigades.  It offers possibilities for volunteers to act as links and/or representatives of the international community to help in generating mutual dialogue between conflicting parties and provide them with opportunities for contact with the outside world.

The nonviolent intervention work of PBI teams in conflict situations also has the effect of stimulating and promoting peace initiatives by the people themselves in the conflict areas.  Therefore PBI encourages the formation of domestic Peace Brigades with the hope of strengthening its own work as well as building local peace activities.

PBI respects the autonomy and the right of self-determination of all people, and sees its services as a complementary contribution to their own efforts for peace-making.  Hence it avoids imposing or interfering with their own ways of thinking and acting.  As a corollary of this approach PBI goes into a situation only if requested by the concerned people of the area.

As an international third-party force PBI acts in an independent and non-partisan manner.  According to its Vedchhi Declaration non-partisanship implies:

Non-partisanship does not mean indifference, neutrality or passivity towards injustice or towards violation of human rights, personal dignity and individual freedom.  On the contrary:  PBI is fully committed to these values and struggles against violence - physical or structural - as a means of establishing enduring peace.

Therefore the work of PBI, as a non-partisan third-party, requires that PBI teams and their members do not become involved in the work of the groups or the individuals whom they assist or escort; that they try their utmost to remain non-judgemental, despite their possible emotional identification with the oppressed or the victim; that they do not become involved in the official policies of the host country; that they share the tools of conflict resolution they have at their disposal with those who ask for them, whether as information or in the form of workshops and training programmes without intervening with or imposing their own opinions.

PBI uses a non-hierarchical model of organising and decision-making, which places importance on relationships and processes and not just on outcomes.

The mandate of PBI is to create space for peace and the defence of human rights.

The central focus of PBI's work is that of protection and support to Human Rights Defenders through international presence defined as one or more of the following: physical presence, physical accompaniment, advocacy, observing, reporting, capacity development and building local, regional and international support networks.

Other methods that play a role in peace building such as, but not limited to, peace education and mental health support can be undertaken by an entity provided that protective presence is considered.

PBI recognises that situations may arise that require a methodology that we have not used previously. This mandate is intended to allow the implementation of such a methodology after consultation with all constituencies.

Approved by the General Assembly in Ontario, Canada, June 1992.