Today, March 8th we celebrate International Women’s Day.  Peace Brigades International has always supported women human rights defenders, recognizing that the risk they face is distinct to that of their male counterparts. 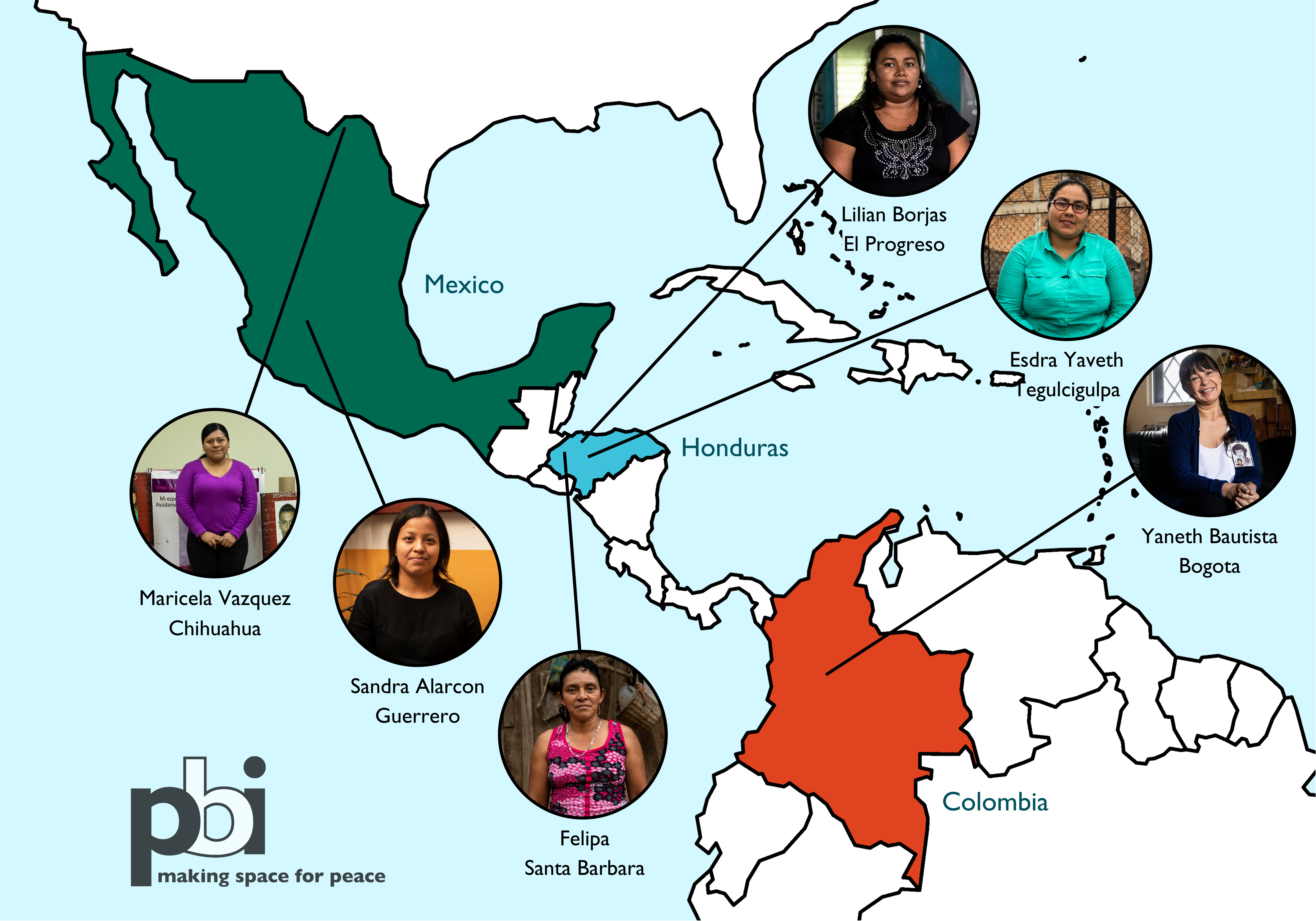 Women human rights defenders undermine the status quo twice over: through their work in its own right that challenges powerful interests in the fight for social justice, and through their implicit challenge to accepted norms about the role of women in society. As a result, they are even more vulnerable to threats, stigma, and violence. This can include attacks on their families, or public defamation campaigns accusing them of neglecting their children or pursuing sexual partners. This situation has become increasing normalised by the use of misogynistic language by prominent political figures in recent years, while the concept of ‘gender ideology’ has emerged as a perceived threat to family values.

Women’s rights are not yet fully realized in the countries in which PBI works, predominantly in Central and South America. A Gendered Analysis of Violent Deaths, published in 2016 by the Small Arms Survey notes that:  ‘the sub regions with the highest violent death rates for women include Central America, the Caribbean, and South America’.  Indeed Global Americans highlights an ‘epidemic of violence’ stating: ‘In Latin America, the laws exist to protect women, but those laws are often not uniformly implemented, and there is often a lack of political will to fully comply with the law and international obligations’.. In Kenya UN women state that ‘female poverty is exacerbated by gender based violence, including sexual violence, rape, physical violence and sexual harassment’. 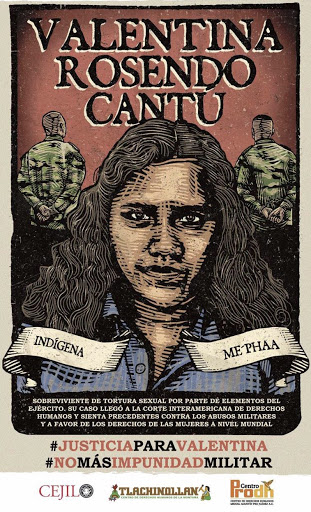 The women accompanied by PBI include Valentina Rosendo Cantu, from Mexico, who fought a long battle to ensure that complaints about the military were heard by civilian rather than military courts, after she was raped and tortured by soldiers in 2002. Despite the danger, with the support of her lawyers and PBI’s protection on the ground, Valentina carried on her fight against impunity. She was successful, as a result of her actions Mexico determined that civilian courts would investigate human rights violations committed by the military against civilians.

Many of the female human rights defenders PBI accompanies are lawyers and journalists seeking justice. They include Olga Silva, a lawyer and the director of Colombia’s Humanidad Vigente, a human rights organisation fighting impunity with a particular emphasis on children, women and the defense of land. 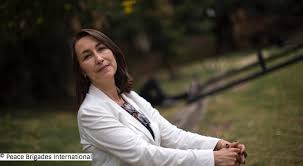 Olga Silva states that ‘The work of PBI has been and still is very necessary, very useful, and very relevant, and it will remain relevant in the future. Protective accompaniment is not only persuasive in the field, it is also a way of generating international support for the work of human rights defenders’.

It is essential that states commit to ensuring a safe environment for all human rights defenders by implementing prevention and protection programs with a gender focus. This must follow the investigation of all cases of threats and attacks against women defenders and condemnation of those responsible.

PBI provides direct protection and support to women human rights defenders to keep them alive and help their activism thrive. Our international volunteers accompany at-risk activists, standing shoulder to shoulder with them in a display of solidarity that deters violent attacks. We also provide longer-term support – from security monitoring and psychological assistance, to communications and capacity-building training.

This is paired with multi-level advocacy aimed at creating favourable security, policy and political environments for women defenders to work within. At a global level, we build networks that can be mobilised at short notice to provide much needed support. We also provide defenders with a platform to amplify their voices and ensure that their calls for rights and freedoms are heard by those who can make a difference.