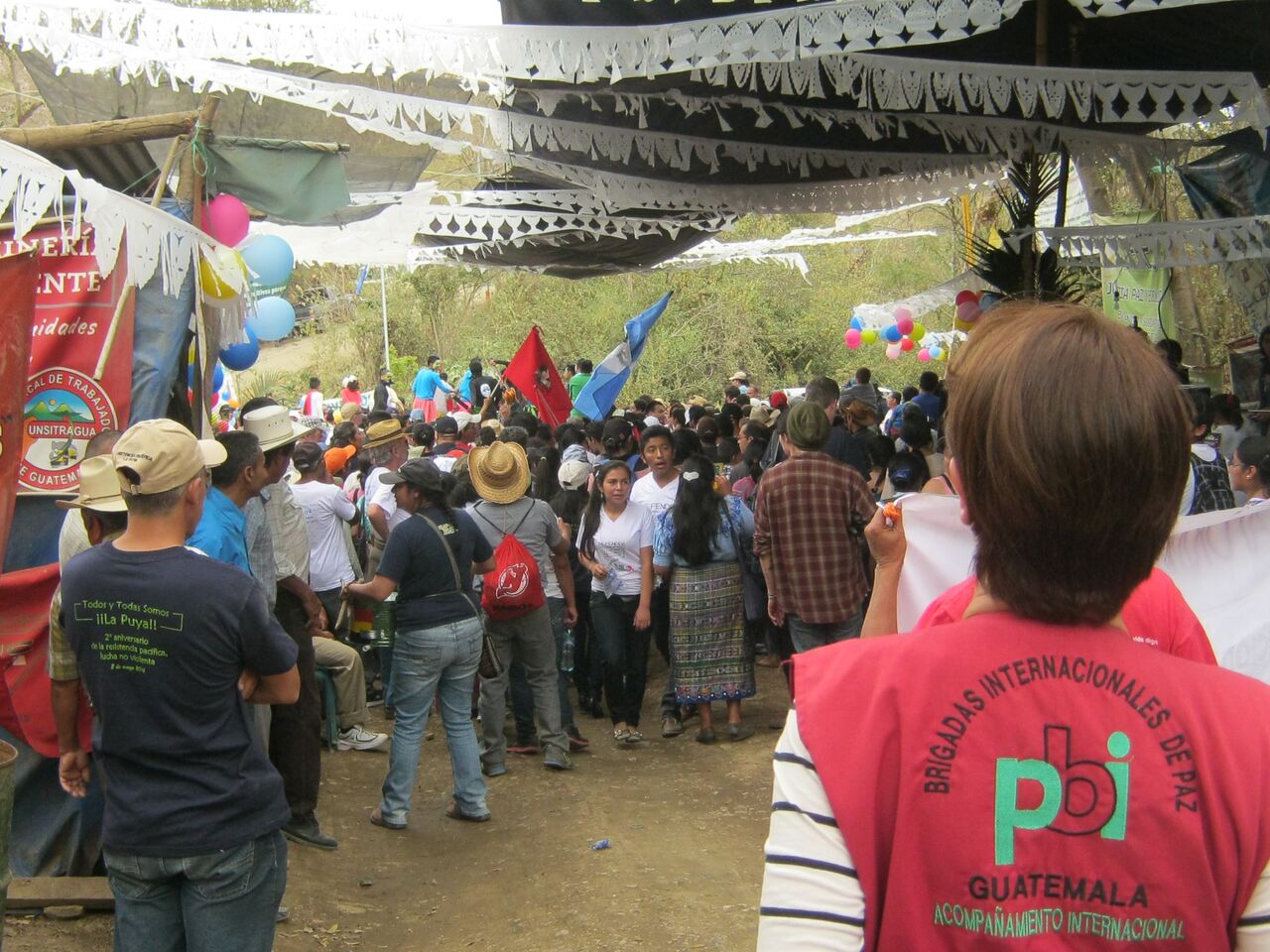 Guatemala’s brutal 36-year civil war ended in 1996. The conflict, particularly the military government’s “scorched earth” policy, had left around 200,000 killed or disappeared, the majority indigenous Guatemalans. A UN truth commission, the Guatemalan Historical Clarification Commission, found that acts of genocide had been committed against the indigenous population. Although it is more than two decades since the end of the conflict, the rule of law remains weak in Guatemala. Around 16 murders take place every day, and with around 98% impunity, the vast majority go unpunished. Human rights defenders working to secure respect for human rights and accountability for past crimes are particularly at risk in this climate, as are those resisting mining and other large-scale development projects in rural areas.

The current project opened in 2003. PBI now accompanies around 10 organisations nationwide with 10 international volunteers based in Guatemala City.

Who we protect in Guatemala

The organisations and social movements we accompany are searching for the truth about Guatemala's civil war, for compensation, reconstruction and respect for the war's victims; they are fighting against the repression of defenders of human rights, and raising issues concerning environmental degradation and access to land.

PBI accompanies groups that carry out exhumations of clandestine mass graves, as well as lawyers and human rights organisations threatened and harassed for their work challenging impunity for past human rights violations.

The concentration of ownership of land, and lack of acknowledgment of ancestral land rights is one of the main problems affecting indigenous people in Guatemala and was a root cause of the armed conflict. These days organisations continue to expose the negative impact of illegal exploitation of forestland and natural resources, as well as defending the rights of communities affected by mega-projects (open air mining, hydroelectric projects, oil extraction, etc).

Although we do not accompany in Peten every six months PBI Guatemala undertakes a visit as a way of following up on the human rights situation.