Since 26th November 2007 the 20th February has been celebrated annually as the World Day of Social Justice.

The UN states that: “Social justice is an underlying principle for peaceful and prosperous coexistence within and among nations. We uphold the principles of social justice when we promote gender equality, or the rights of indigenous peoples and migrants”. The organization notes that “Social Justice cannot be attained…in the absence of respect for all human rights and fundamental freedoms”.

The UN’s International Forum for Social Justice in their recent report Social Justice in an Open World states that: “Social justice may be broadly understood as the fair and compassionate distribution of the fruits of economic growth however, it is necessary to attach some important qualifiers to this statement. Currently, maximizing growth appears to be the primary objective, but it is also essential to ensure that growth is sustainable, that the integrity of the natural environment is respected”.

The report notes the decline of social justice in a variety of ways such as rising inequality in the distribution of income and assets and the apparent emergence of environmental inequalities.

The work of PBI helps strengthen social justice globally. PBI accompanies local human rights defenders who fight for the respect of fundamental rights as well as organisations supporting environmental protection, indigenous people’s rights and those working on inequality related issues such as land rights; as such PBI is key partner in the global fight to achieve social justice. 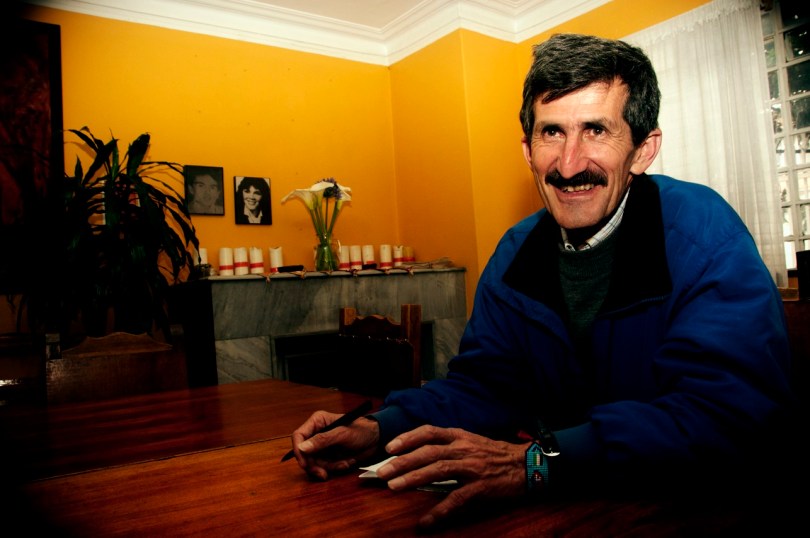 One organization PBI supports in Colombia is the Inter-Church Justice and Peace Commission (CIJP), which focuses on accompanying and supporting afro-descendant, indigenous and mestizo communities affected by conflict and violence. Their work involves protecting rural lands and the environment; searching for justice and generating proposals for integral reparation. As a result of their work CIJP’s members have faced serious threats to their personal integrity including surveillance, assassination plots, kidnapping, and smear campaigns.

Father Alberto Franco, Executive Secretary of the CIJP states: “PBI’s accompaniment has been very important in the different regions where we work. This accompaniment has enabled the resilience and affirmation of the rights of farming, indigenous and afro-descendant communities we accompany. The accompaniment is fundamental, because the international presence becomes an element of dissuasion and this has saved lives”.

In Mexico PBI supports the migrant shelter, Casa del Migrante Saltillo, an organisation that supports migrants, upholding the protection of their rights as they cross through Mexico, a journey that often implies huge danger.  The organisation upholders social justice, encouraging the Mexican government to recognise the rights of those fleeing their countries due to violence and persecution.

The members of the Casa del Migrante Saltillo have received threats and attacks for their work, given the lack of support for migrant rights across the country. PBI accompanies members of the shelter so that it can open up the political space to allow them to carry out their work. PBI’s presence is also a symbol of the moral support of the international community towards human rights defenders.

These are just two examples of PBI’s work supporting and accompanying local human rights defenders fighting for the fundamental human rights which form the basis of social justice.  Without these defenders, social justice cannot be achieved, and with the climate crisis and global inequality on the rise, attaining true social justice has never been more urgent.  PBI will continue to protect those at the front lines of these struggles and challenges in order to achieve fair, peaceful and tolerant societies worldwide.