The Caribbean Coast of Nicaragua: a territory of resistance 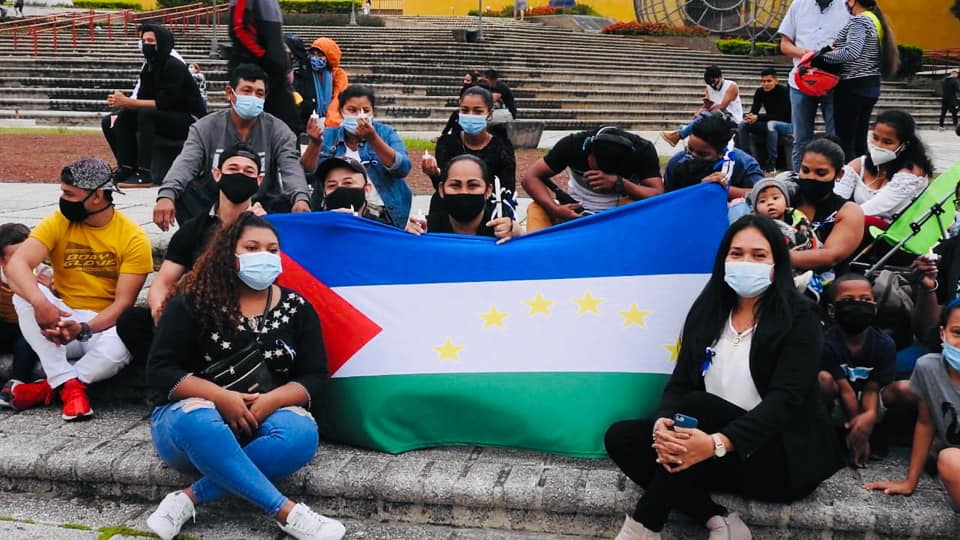 The Indigenous and Afro-descendant peoples of Nicaragua's Caribbean Coast are an essential part of the country's historic struggle for the demarcation and ownership of ancestral territories, the Autonomy (1987) and Language (1996) laws that define the region's political, social and economic issues, and the protection of natural resources.

Today, the Caribbean Coast of Nicaragua is inhabited by a diversity of ethnic groups: Indigenous Miskitus, Mayangnas, Ulwas and Ramas, as well as Creoles and Garífunas, who belong to the Afro-descendant community. They live together in territories and communities with their own forms of administration, tenure, use and enjoyment of the land and natural resources in resistance.

La Mosquitia was a dynamic and key territory for 17th century powers, such as the English and Spanish, who disputed the dominance of these strategic territories for political and economic reasons. The 17th century appointment of the first king on the Coast, under British influence, marked a differential positioning of the rest of the territories, in a context of colonial domination.

Relations between the Kingdom of La Mosquitia and the British monarchy were initially based on commercial and arms dynamics, but not on colonial rule, as La Mosquitia was considered a British protectorate[1] and trading partner. Subsequently, the interests in disputes between Britain and Spain, added to those of Colombia, the United States and Nicaragua, led Britain and Nicaragua to sign the Harrison-Altamirano Treaty in 1905, in which the British recognised Nicaragua's absolute sovereignty over the Mosquito Coast. However, it is necessary to point out that the power granted to Nicaragua in this treaty over the “Mosquito Reserve” was agreed upon without the knowledge of the societies living there, signed only “between the Republic of Nicaragua and the United Kingdom of Great Britain.”

Historically speaking, the Mosquito Coast was never colonised by Spain, but its violent annexation by Nicaragua in 1894 marked an unfavourable and violent reality for the region. The non-compliance and violation of essential agreements in the Harrison-Altamirano Treaty since its commencement, such as allowing these communities to live in their territories, under their own customs, respecting their lands and considering them citizens with rights, have been the common and ongoing practice of every government in power throughout Nicaragua's political and administrative history.

Currently, despite the fact that the Nicaraguan Constitution recognises the country’s multi-ethnic and pluricultural nature, with a broad legislative framework for the protection of collective rights and the physical and moral integrity of the communities of the Caribbean Coast, the region faces multiple “social, economic, political, cultural, infrastructural and environmental” challenges that range from persistent structural and institutional racism, state neglect of social services and infrastructure investment, to over-exploitation and destruction of its natural resources, and a lack of protection for the communities of the Caribbean Coast from serious human rights violations.

While an invasion of the Caribbean Coast’s territories by outsiders—known as “settlers” or “third parties”— who have the aim of taking over these lands is not a recent phenomenon, since 2015 there have been increasingly violent attacks against Indigenous communities, and the region has been exposed to environmental degradation caused by extensive cattle ranching, logging and mining activities in full view of the Nicaraguan government and despite repeated complaints at national and international levels.

Impunity has become the norm due to the state’s incapacity to ensure basic social guarantees such as territorial security and justice. Due to this deplorable scenario, many communities have been forced into displacement to safeguard their lives. Since 2018, following the social uprising in April, the arrival of Indigenous families and Afro-descendant communities in search of international protection systems has increased in the neighbouring country of Costa Rica; a host country characterised by other idiosyncrasies that are obstacles to integration into society.

The exiled Indigenous peoples and Afro-descendant communities face greater marginalisation than Nicaraguans who come from other regions of Nicaragua because of increased xenophobia due to cultural differences. For this reason, the Bloque Costa Caribe Nicaragüense en el Exilio (BCCE) was created in April 2019 in the city of San José, capital of Costa Rica. This socio-political and humanitarian movement is comprised of individuals from the Caribbean Coast of Nicaragua in exile, and  now also includes the coastal diaspora living in Costa Rica, with the noble aim of accompanying the most vulnerable families and providing humanitarian aid based on their needs. It currently brings together a total of 120 Indigenous, Afro-descendant and mestizo or mixed-race families from different trades and professions, including journalists, sociologists, psychologists, entrepreneurs, youth and students.

The BCCE has made various efforts to raise the profile of the demands, needs and vulnerabilities of this specific sector. Accomplishing these tasks has not been easy, however, through alliances and support networks, some progress has been made in terms of training, orientation, documentation of information, humanitarian aid, and legal accompaniment. Despite the challenges, the work to defend the human rights of Indigenous and Afro-descendant peoples continues through resistance.

[1] The protectorate was a position adopted by Great Britain, due to the conflicts with Spain for the control of the Mosquito Coast.