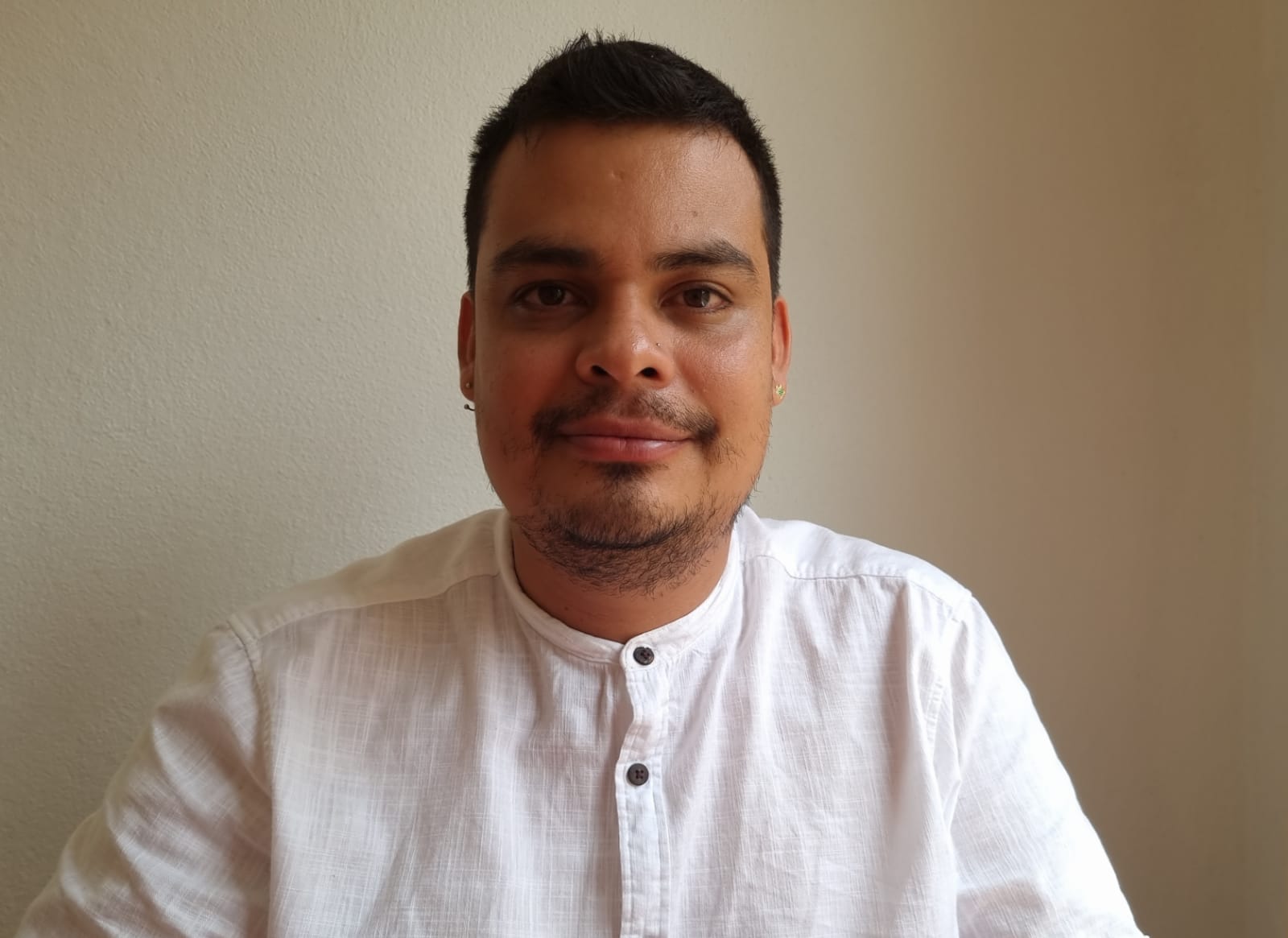 Amaru Ruíz is a biologist, researcher, environmentalist, and president of the Fundación del Río, a non-profit organization founded in 1990, focused on sustainable development and the conservation of natural assets in southeastern Nicaragua.

In April 2018, the Fundación del Río warned about the magnitude of a fire that devastated more than 5,000 hectares in the Indio Maíz Biological Reserve, one of the most important tropical forests in Central America, and denounced the negligence of the State to address this environmental catastrophe.

In December of the same year, the Fundación del Río suffered the cancellation of its legal status along with 8 non-governmental organizations that publicly denounced the human rights violations committed in Nicaragua. At the end of the month, Amaru Ruíz was forced into exile following warnings about threats of capture and imprisonment under the crime of terrorism, and after suffering an attack on his life in his own home.

From Costa Rica, Amaru Ruíz continues to advocate for the environmental defense of the southeast of the country, accompanying indigenous and Afro-descendant communities, and promoting actions with the Nicaraguan peasant population exiled in the north of the country.

In early November 2020, hurricanes Eta and Iota, category 4 and 5 respectively, impacted Nicaragua and affected 60% of the territory.

Although it is unknown how many people from Nicaragua’s Caribbean coastal communities had to be displaced, Ruiz explains: “It is important to say that climate change in the world (…) is generating a displacement of vulnerable populations.”

Due to the continuous denunciation that Amaru Ruíz has made since recent years for the situation of violation of human and environmental rights on the Nicaraguan Caribbean Coast, on September 8, 2021, the Public Ministry of Nicaragua issued an arrest warrant for the defender, accusing him of violating article 30 of Law 1042 or Special Law on Cybercrimes, under the argument of “[spreading] fake news using information and communication technologies”. This shows that the persecution and criminalization of human and environmental rights defenders in Nicaragua continues.

The most recent incident he had denounced was a massacre perpetrated on August 23 by “settlers” (non-indigenous invaders) in the Bosawás Biosphere Reserve, a protected rural area of the Autonomous Region of the North Caribbean Coast, in which the murder of at least 9 people of the Miskitu and Mayangna indigenous peoples is known. According to an urgent call from the Observatory for the Protection of Human Rights Defenders, “this attack is part of a context of systematic and widespread violence against the Miskitu and Mayangna indigenous peoples, including intimidation and threats, killings, armed attacks and forced displacement.” On October 4, a new attack in the Bosawás Biosphere Reserve left one communityman killed, and at least three people missing.

As reported by the United Nations, the indigenous peoples of Nicaragua have been suffering frequent attacks and lack of protection of their rights,in addition to the environmental deterioration caused by extensive livestock activities, illegal timber extraction and mining. For this reason, the population has been forced to move from their ancestral territories to safeguard their lives. As early as 2020, the Office of the United Nations High Commissioner for Human Rights expressed concern about the persistent impunity for crimes committed against indigenous peoples in Nicaragua.

In its “Last Line of Defense” report (2021), Global Witness reported the murder of 12 environmental leaders in Nicaragua last year, compared to 5 in 2019, making the country the most dangerous per capita for land and environmental defenders in 2020.

The report highlights that “in Nicaragua […] violence against indigenous and Afro-descendant communities in the country’s north-eastern and Caribbean coast regions has accelerated in recent years. The Oakland Institute’s research documents the violence that communities have experienced linked to colonization processes in indigenous territories and the expansion of cattle ranching, gold mining and logging.”

Peace Brigades International will hold a webinar on COP26 and land defenders, which will take place on Saturday, November 6 at 11am CST (Costa Rica) and 1pm EST (Ontario/Quebec) with simultaneous translation into English and Spanish.

It will feature the participation of Amaru Ruiz along with land and environmental rights defenders from Colombia, Guatemala, Honduras and Mexico.