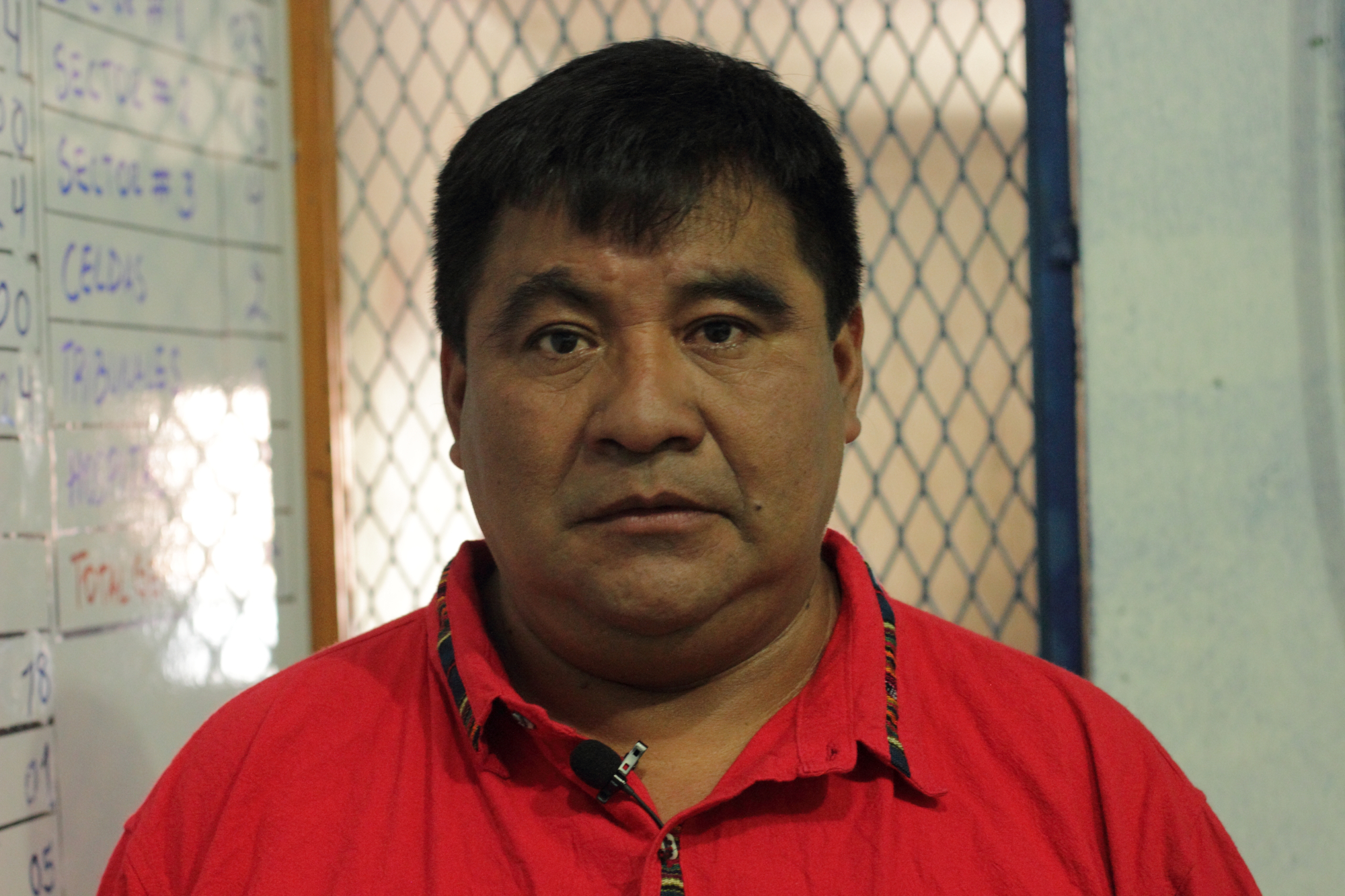 “I have been scared from the time I set foot in prison”, says  Bernardo Caal Xol, a 46 year old Maya Q’eqchi community leader,  teacher and environmental and land rights activist, imprisoned for his activism and organizing of collective resistance against the imposition of hydroelectric dams on the Cahabón River.

“Prison is designed to denigrate and punish” adding: “I am in constant danger … ever since I came here, I fear for my life”, he says.

The process of criminalisation

Bernardo Caal Xol bought a successful legal challenge against the Oxec hydroelectric projects, resulting in their temporary suspension, as part of the Peaceful Resistance of Cahabon, a grassroots movement accompanied by PBI.  He was subsequently arrested on charges of illegal detention and robbery.

According to the Guatemala Human Rights Commission the charges relate to a meeting held in October 2015 when communities impacted by the Oxec projects met - as thousands attended the meeting the crowd spilled across the road. Prosecutors allege that workers from a cable television company (which has contracts with the Oxec dam) were unable to pass through the crowd and that during this time items in their truck were stolen.

Prosecutors claim Caal Xol was responsible, as a leader of the Q’eqchi’ communities.  Caal Xol’s lawyers have explained that witnesses provided contradictory evidence and that no witnesses claim he stole items. “When one looks at all that has happened in the process, the criminalisation is obvious” Caal Xol says.

He says that the case against him was brought: “to punish those who oppose projects and file complaints against companies”.

Greenpeace has described his imprisonment as “a clear case of criminalisation of those who lead the struggle against projects in which communities have not had prior consultation as stipulated in the International Labour Organization´s convention 169”.

Despite the gross injustices that Bernardo has lived through, he still has hope: “Being in jail does not discourage me. Together with my colleagues we are touching on core elements of cooptation and corruption which prevail in Guatemala”.

Caal Xol says that one of the things that keeps him going is: “that there are people monitoring my situation and that national and international organizations accompany me”. He also believes that “knowing PBI is looking out for me in prison dissuades those who want to cause me harm”.

Guatemala is currently affected by the climate crisis. Edwin Castellanos the Dean of the Research Institute at Guatemala’s Universdad del Valle and a climate scientist says: “Over the past six years, the lack of rainfall has been our biggest problem, causing crops to fail and widespread famine. Normal, predictable weather years are getting rarer”.

In Santa Maria Cahabón, climate issues have been compounded by the Oxec hydroelectric projects.  These projects have affected the ability of indigenous communities to access water and have disrupted the fluvial eco system, reducing fish stocks.

With World Water Day approaching on the 22nd March, it is important to reflect on the role that human rights defenders who defend their territories and natural resources against economic interests have in the protection of the climate, in this case of water.  The imprisonment of Bernard Caal Xol not only threatens the right to defend rights and to peacefully protest, but also poses a threat to environmental protection in Guatemala.

PBI will continue to ensure that stories such as Bernardo´s are known about so people are made aware of the true extent of the climate crisis.  If those on the frontline of environmental protection are attacked and imprisoned, we stand little chance of being able to recuperate the damage done and avert the crisis.  At PBI we will continue to fight to make sure these people are protected as part of our commitment to the future health of our planet.