International Day of the World’s Indigenous People; Communities and Leaders under Threat

International Day of the World’s Indigenous People; Communities and Leaders under Threat 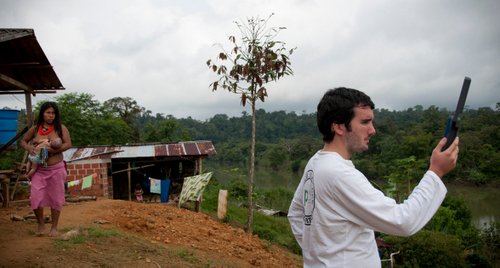 As the Permanent Forum enters its third decade and concentrates its efforts on a new set of challenges, PBI marks the day by looking back on the Second International Decade of the World’s Indigenous Peoples, which drew to a close in December 2014. The decade’s theme of “Action and Dignity” sought to ensure full participation of indigenous peoples in decisions that affect their traditional lifestyles and territories, as required in Convention 169 of the International Labour Organisation [2] and the 2007 UN Declaration on the Rights of Indigenous Peoples [3]. It also aimed to promote a more equitable vision of development that respects indigenous lands and cultural integrity.

Indigenous peoples are at the forefront of the struggle for land and environmental rights. Their defence of these rights frequently puts them in conflict with large-scale investment projects. A 2011 advisory report by the UN Expert Mechanism on the Rights of Indigenous Peoples emphasised the obligation of states to obtain the "free, prior and informed consent" of indigenous groups before allowing any such projects to proceed on their traditional territories [4]. Despite this, threats and attacks against indigenous communities who assert this right have increased dramatically over recent years.

“Deadly Environment”, a 2014 report by campaign group Global Witness, revealed three times more murders of environmental activists in 2012 than ten years previously [5]. The extremely low rate of prosecution for these crimes reflects the continuing climate of impunity enjoyed by state, paramilitary and private actors who seek to silence defenders of natural resource rights.  A new follow-up report which examines the state of threat during 2014 shows no abatement in the trend. It finds 116 cases of killings of environmental defenders – an average of more than two deaths per week. Nearly three quarters of these victims were in Central and South America. 40% were indigenous [6].

Besides the killings, activists also faced increased risks including physical violence, criminalisation and restrictions on their liberties.

Many of the organisations PBI accompanies are under threat for their championing of indigenous communities in the struggle to protect their ancestral lands and cultural heritage. They are based in several of the countries where Global Witness identifies the problem as most severe, including Honduras, Colombia and Guatemala.

With 12 reported killings in 2014, Honduras is currently the hardest-hit country per capita in the world. PBI has had a field team in Honduras since 2014. Among the human rights defenders accompanied there is the Honduran Centre for the Promotion of Community Development (CEHPRODEC). The centre represents indigenous communities affected by mining, agribusiness and hydropower projects, as well as taking on the legal cases of criminalised activists. CEHPRODEC’s current work includes accompanying the Independent Indigenous Lenca Movement of La Paz (MILPAH) in their resistance to the construction of hydropower projects on their territory. Since the beginning of 2015, three members of the community have been murdered and two leaders of MILPAH detained.

In Guatemala, PBI has accompanied the “New Day” Ch’orti Campesino Coordinator (CCCND) [7] since 2009. The organisation provides support and legal representation for indigenous Ch’orti communities in Guatemala’s Chiquimula region who have been working to strengthen community processes and oppose the construction of hydroelectric and mining projects on their ancestral land. In recent years, much of this work has centred on pressuring for effective community consultation prior to the planned construction of a series of hydroelectric plants throughout the region. During 2014, members of CCCND experienced an alarming escalation of threats and attacks against them, reporting 81 security incidents to PBI in just six months. In September, various protesters were injured and two members of CCCND were arrested during a peaceful protest, which was broken up by police using firearms, teargas, sticks and stones [8]. Front Line Defenders stated that “the arrest and detention of Norma Lila Sut Sancir and Carlos Alfredo Juárez Díaz forms part of an attempt by the authorities to criminalize Human rights Defenders” [9].

Incidents such as these represent a mere fraction of the growing intimidation, legal harassment and violence against indigenous communities promoting exactly the sustainable, equitable and culturally appropriate development described in the agenda of the Decade for Action and Dignity. If the agenda’s vision is to ever to be realised, the protection of political spaces for indigenous human rights defenders is more crucial now than ever.

Watch Land of Corn; The Story of Four Land and Environmental Rights Defenders