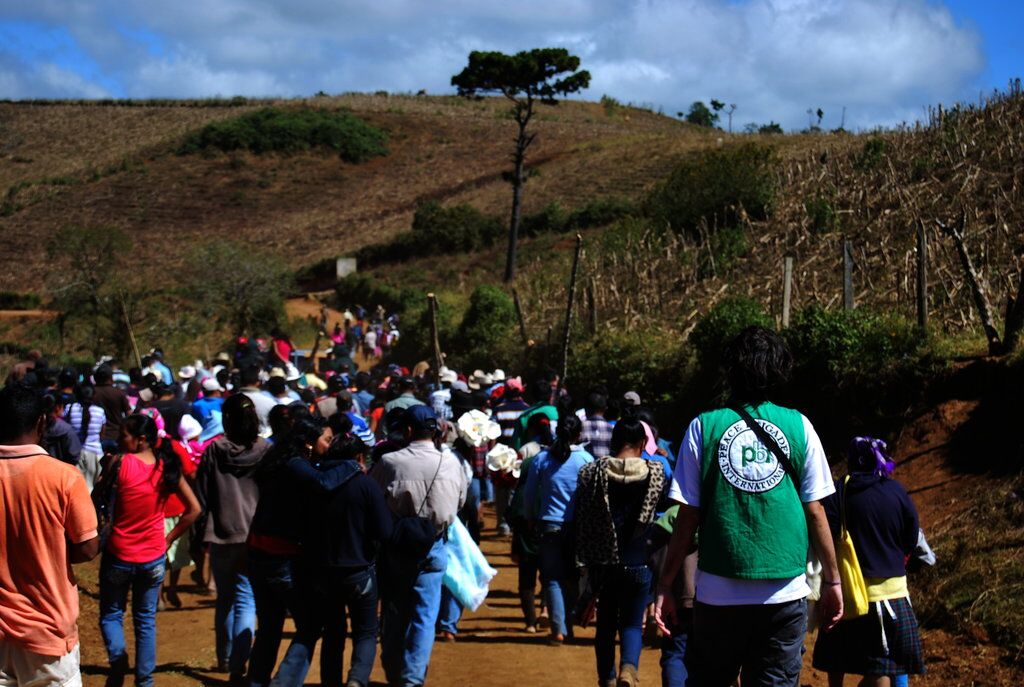 Since the coup d’état took place in Honduras on 28 June 2009, PBI has followed with growing concern the serious deterioration of the space in which organisations, communities and human rights defenders can defend human rights in the country.

In response to a request for international accompaniment from the National Human Rights Platform of Honduras (Plataforma de Derechos Humanos de Honduras), PBI made a first visit to the country in May 2011 to verify the human rights situation. Subsequently, after a period of intensive analysis within the organisation, PBI decided to evaluate the feasibility of opening an international accompaniment project in this country and, in the months of September and October 2012, carried out a second visit with this objective.

We met with journalists, judges, workers from human rights organisations, indigenous and small-farmers movements, women’s organisations and trade unions. The committed women and men we spoke with talked about the danger and grave threats they face. We published a report on the situation for human rights defenders in Honduras, based on our work in 2012, opened a protective accompaniment project in the country in 2013.

Who we protect in Honduras

Since 2009, there have been 174 violent deaths in the LGTBI community. This violence is directly related to the prejudice and discrimination that the LGBTI community has suffered historically in the country. Honduras has become, along with Guatemala and El Salvador, one of the most dangerous countries for this community to live.

Honduras is one of the most dangerous countries in the world for journalists. According to the IACHR 28 journalists have been killed in Honduras since 2010.

Between 2002 and March 2014 111 land and environmental rights activists were murdered in Honduras, making it the most dangerous country in the world to be a land rights defender.