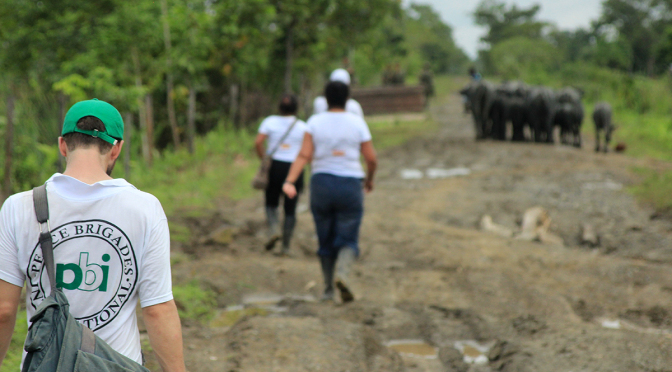 Key factors contributing to human rights violations in Colombia include the incomplete demobilisation of paramilitary groups, forced displacement of civilians, and threats and harassment of lawyers, members of human rights organisations, trade unions, and indigenous, Afro-Colombian and small-scale farming communities. United Nations agencies and special rapporteurs and other international organisations confirm that the Colombian conflict continues to seriously affect the human rights situation of the local population.Armed actors from all sides of the conflict commit violations of human rights.

They include massacres, murders, forced disappearances, kidnappings, torture and extortion.Infractions of international humanitarian law are common, and some have been classified as crimes against humanity. The principal victims have been the civilian population.

The Consultancy for Human Rights and Displacement (CODHES) estimates 4.9 million people have been forcibly displaced since 1985.

The teams operate as observers, accompanying people or organisations under threat, making regular visits to conflict zones, distributing information about the evolution of the conflict, carrying out advocacy, lobbying and public relations work with representatives of the international community as well as with civil and military authorities, and campaigning for international support.

Who we protect in Colombia

PBI accompanies a number of lawyers’ associations across the country, who are taking Colombia’s most emblematic cases of massacres, extra-judicial killings and disappearances to court. These lawyers' work benefits not only the people directly involved but also the wider human rights movement, and they are among the human rights workers most at risk in Colombia.